I continue to work on the project. I prepare the rail track installation.

Before, I have to define the area where I have to dectect the train. We call this the retro-signalisation. It exists several technical solutions :

The better and most reliable is the power consumption detection. We isolate a rail (one side is enough) and use an electronical module.

I have chosen the modules RM-GB-8N de LDT.

We have to be able to stop a train so as to permit to an other train to continue ; or only because there is a train in front of… When the train is stopped on the track, we have to avoid to stop on a turnout ; as a car can’t be stopped on the middle road cross.

We call this area “cantons”. So the minimal size of a canton is the maximal train length.

I have splitted each canton in 3 blocs ; an area to decrease the speed, and a stop area. 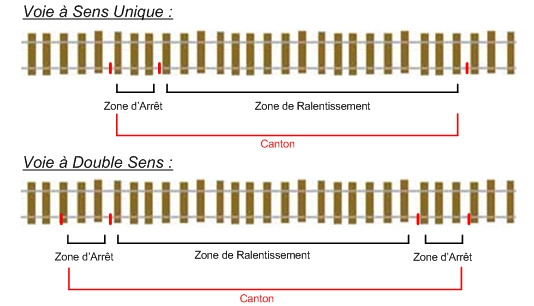 The bloc size has to be enough to detect or stop a train.

In a station, as the train drives with a low speed, we can reduce the bloc size.

The bloc size and the position depend on the max speed and the precision needed to stop the train.

I have cut the both sides. Even if it isn’t needed, I prefer to anticipate.

Here, you can download the documentation to plug a S88 module.

I have used a depron layer fixed with wood glue (mixed 50% of water).

I have started to fix the curves. I have used some nails whom I have cut the head to be sure that my curve can’t move ! 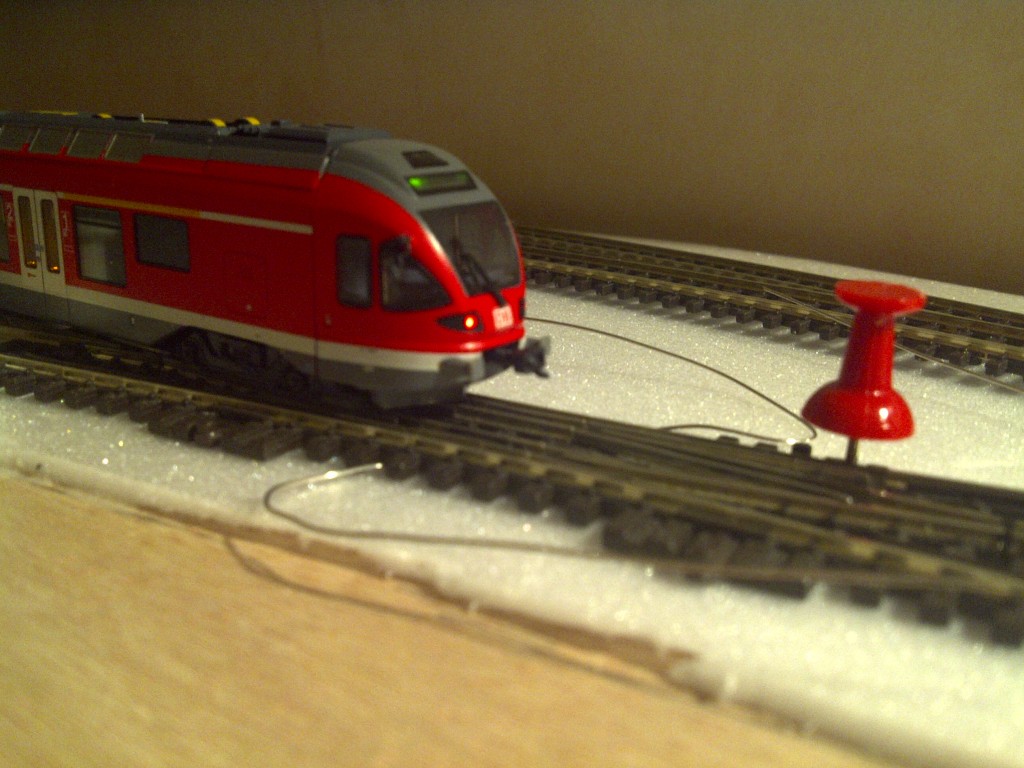 My turnout aren’t still fix since I haven’t mounted the motors.

This entry was posted in Rail layout and tagged Modelisme, Train. Bookmark the permalink.

This site uses Akismet to reduce spam. Learn how your comment data is processed.